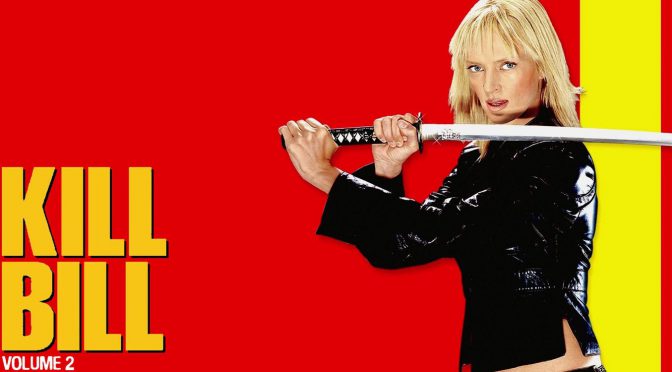 Over the weekend, I watched Kill Bill vol 1 and vol 2:

Here’s what I noticed…..

Are you willing to be an EXPERT? With that level of EXCELLENCE? Do you have ANY idea what that will take?

The second thing I noticed was …. “If you Live by the sword, you die by the sword” ….and if you don’t die by it, you have to deal with that you are a killer.

Choose your weapons and your mentors well.

BE worthy of the work of your life.

Love your craft up! Be worthy of sales and make your sales worthy of your life.

You know how I hate warmed-over porridge?

Still sometimes the oldies ARE the goodies. Today I am lucky enough to have friends who remind me that SOMETIMES people won’t like the way I do things. SOMETIMES I may put some people off with my opinions and my attitudes – and even, yes even, my success!

It’s good to have friends who will remind you to NOT LET THE TURKEYS GET YOU DOWN!!! If you have people clucking along your path, you don’t need to make a Thanksgiving dinner out of them, but you don’t have to listen either.

P.S. If you are tempted to reply with “fowl” jokes/puns — BY ALL MEANS – What are you waiting for? 🙂

I was meeting with a friend of mine the other day who was telling me a story about a company who recruits people to sell for them. I am going to leave them un-named!

This company counts on that 4% of the people who sign up will actually stay with the company. My friend was meeting with a recruiter for this company and a new recruit – after the new recruit left, my friend turns to the recruiter and says, “Do you think she’ll make it?” Without skipping a beat, he replied, “No way!”

So, why did he waste her time? And his?

Turns out there was a recruiting competition on! He was just signing ‘em up.

This is problematic on a lot of levels, but it’s WORST for the recruiter. Know why?

NOW, he gets to know that HE is someone who would sell someone out SIMPLY to make something work for HIM.

If we keep that kind of stuff up, sales just might get a bad reputation! (*wink*)

Moral of the story: Always know YOURSELF as someone great! You can’t fail and people around you will win, too!

It’s just been one of those days!

And they said, “we’ve got to build you some splash!”

And I said, “No, you don’t!  You have to build me something that works!”

She said, “Like Honda? Hmmm….Every salesperson in my last company wanted me to build them the next splash!”

I said, “Where’s that company now?”

@http://twitter.com/_SalesEdgeSalesEdge - B2B Sales Training & Advisory Thanks for the follow! #LoveItUP

twitter.com/_SalesEd… - B2B Sales Training & Advisory Thanks for the follow! #LoveItUP